Article as seen in ‘The Wall Street Journal’

Old Brands Get a Second Shot

By
Angus Loten And
Emily Maltby

Get ready for the return of Astro Pops, Boast logo shirts, National Premium beer and the Seafood Shanty restaurant chain—all names that had avid followings in their time.

The difficult economy is prompting many entrepreneurs to try to revive old brands from the dead—or the near-dead.

Get ready for the return of long-abandoned products like Astro Pops and National Premium Beer. The difficult economy is prompting entrepreneurs to revive old brands. Angus Loten has details on The News Hub. Photo: Miranda Harple for The Wall Street Journal.

The problem is that tastes have changed in the meantime. But that hasn’t stopped Eddie Riegel of Exeter Township, Pa. The owner of a Reading, Pa., cleaning company has invested $1 million of his personal savings and a government-backed small-business loan in his bid to revive the old Seafood Shanty chain.

The restaurants, first launched in 1970, had 14 locations in Pennsylvania and New Jersey by the 1980s and were known for clam chowder and Key lime pie. But founder Joseph C. Gentile lost his small seafood empire after falling into debt by the 1990s. He was later charged with failure to pay taxes, including payroll taxes. (He couldn’t be reached for comment.)

Mr. Riegel, who took his wife to a Seafood Shanty on their first date in 1982, acquired the trademark for the brand in 2010 after asking his lawyer to find out whether the rights to the mark had expired. microsoft server He bought the original recipes for $7,500 after tracking down the former chef on Facebook. He says he also got some fishing nets and other original decor from former Seafood Shanty workers. 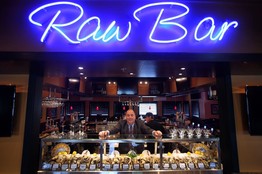 Entrepreneur Eddie Riegel revived the Seafood Shanty in Spring Ridge, Pa., a once popular chain in the 1970s. Miranda Harple for The Wall Street Journal

In February, Mr. Riegel opened the first new Seafood Shanty restaurant in Spring Ridge, Pa., not far from the chain’s former headquarters. As early as November, he says, while crews were still putting up the drywall, about 200 people had lined up outside for prelaunch gift cards.

While he’s kept much of the original concept—19 of the 85 employees used to work for the chain, including the manager—he has added a raw bar and a seafood market at the flagship location. “There’s a tremendous amount of buzz around this,” he says. “Anyone who grew up in the area remembers these restaurants.”

Using an old brand or product gives entrepreneurs at least one important advantage over start-ups: The amount they have to spend on marketing is often less than the cost of creating a new brand or concept, says George T. Haley, who teaches marketing at the University of New Haven’s College of Business. 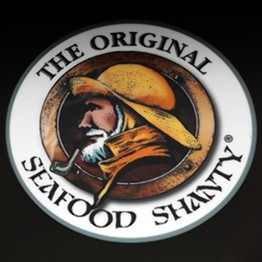 If a trademarked brand hasn’t been used for three or more consecutive years, the law presumes it has been abandoned and it becomes available for others to register and use, according to Lawrence J. Siskind, a founding partner at the law firm Harvey Siskind LLP in San Francisco who specializes in intellectual-property law.

Other entrepreneurs say they are actively seeking the owners of old products and concepts that may have fallen by the wayside in order to buy the rights. “It’s pretty much open season for older brands,” says Garland Pollard, a former travel writer from Sarasota, Fla., who started BrandlandUSA, a Web site for posts about classic American brands, five years ago.

A year ago, Mr. Pollard added classified ads to the site, enabling people to buy and sell old brands. The site itself gets 17,000 visits a month, he says, while the classified-ad page is getting about 400 visits a month, up from 200 at the start of the year.

“Because something is discontinued doesn’t necessarily mean it’s a bad product,” says entrepreneur Ellia Kassoff of Newport Coast, Calif. “Maybe it just didn’t fit the business model of the company at the time.”

The 43-year-old Mr. Kassoff, who owns an executive recruiting firm, noticed a few years ago that a local cash-and-carry chain was no longer carrying Astro Pops, the rocket-shaped lollipop he used to buy as a kid.

He says he called the pops’ owner, Spangler Candy of Bryan, Ohio, in 2010 and was told that Astro Pops had been discontinued in 2004. 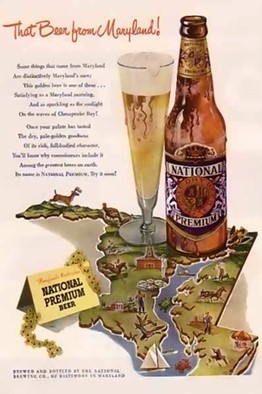 He agreed to pay cash up front for global rights to the trademark and recipes as well as three years of royalty payments. He then figured out how to make the product in China in a way that would let him replicate the pops’ look and taste. hosting information He plans to launch the pops at Dylan’s Candy Bar in New York next month.

Tim Miller of Easton, Md., paid $1,200 for the National Premium beer trademark at a December 2010 auction. Launched in the 1930s, the brand, familiar to generations of Baltimore Orioles fans, disappeared in the mid-1990s after then-owner Stroh Brewing Co. ceased production amid weak sales.

“It was just too good to be true for a native Marylander to see a brand like that available,” says Mr. Miller, a realtor, who spent the first six months of 2011 tracking down the beer’s original recipe. He has since lined up two distributors and hopes to start selling the beer later this year. 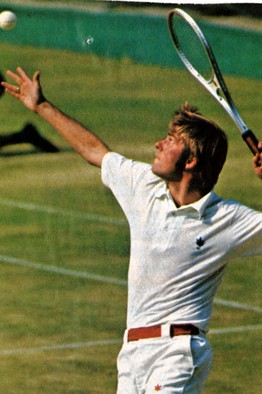 The logo had vanished from mainstream clothing stores by the early 1990s, although Boast shirts were still available at tennis and country clubs. Two years ago, Mr. Dowling, 40 years old, and a partner—both avid tennis and squash players—struck a deal with Mr. relevant domains St. John to buy the brand’s trademark logo, a tiny Japanese maple leaf that is often mistaken for marijuana. They paid more than $1 million, according to Mr. St. John, though the buyers dispute that.

Under the deal, Mr. St. John got a 32% share of Branded Boast, a spinoff company that would sell the clothing line in the U.S. Mr. St. John also continues to run Boast Inc., which sells a private-label line without the logo at sports and country clubs in the U.S. and overseas.

Mr. Dowling launched the revived clothing line in September 2010 with financing from an angel investing round. The new line updates the 1980s look with a slimmer, contemporary cut.

At a New York City trade show in January 2011, he says, “People came by the booth and were like ‘Holy cow! Is that Boast?'”

The first run of 8,000 shirts had sold out, with about 90% of sales online. Mr. Dowling is adding shorts, tennis dresses and accessories that used to be features of the brand.

Mr. St. John, now 63, says having fans of the past isn’t enough, though. “There are all those youngsters out there now [who] need to be turned on to it.”

About the Author: Ellia Kassoff

Will transparency demands crack the $35B candy industry?

MSN-Famous products back from the dead

In our continuing effort to improve our products, Leaf® Brands announces that Hydrox® cookies

Hydrox now has no artificial flavors or colors!

Read More
February 8, 2017
We fixed it! Our Website has Moved to a more Secure Server

www.leafbrands.com (949) 424-1664   For Immediate Release   The Makers of Hydrox® Cookies Respond to Media Inquiries Relating to

Read More
December 8, 2016
Our CEO Ellia Kassoff’s Newest Interview About What We Do At Leaf Brands.
Read More
November 29, 2016

Will transparency demands crack the $35B candy industry?